Cirrhosis of the Liver: Signs, Stages, and Treatments

The liver is one of the most essential organs of your body, playing a vital role in metabolism and the removal of toxins. Cirrhosis is a hardening and scarring of the liver that occurs as a result of disease and harm to the organ, such as hepatitis infection or alcoholism. Left untreated, cirrhosis will cause the liver to fail, so that it can no longer perform its important functions as it should. Below, we will take a look at some basics about cirrhosis of the liver, including its causes, the symptoms, the stages, and available treatments.

The causes of cirrhosis include:

The symptoms of cirrhosis can vary depending on the case and on how far the disease has progressed. In the early stages, cirrhosis typically causes no noticeable symptoms. Later on, it may cause symptoms such as:

The doctor will diagnose cirrhosis using information such as symptoms, blood tests, and physical examination. Liver biopsy may also be used to diagnose the extent of the disease.

When cirrhosis is in the early stages, some of the liver cells still function normally, and the patient may have no clear symptoms of the disease. As the amount of scarring and tissue hardening increases, symptoms begin to appear, and the liver's functioning significantly declines. In the later stages of cirrhosis, the liver becomes completely unable to function normally, and severe symptoms such as ascites, esophageal varices, and hepatic encephalopathy. Late cirrhosis can be deadly, especially if not treated.

The goal of treatment for cirrhosis is to prevent the liver from being damaged any further, and to reduce the risk of complications. Treatment options depend on the cause of the condition and how damaged the liver is. Medication and lifestyle changes are the most common treatments. In cases of end-stage cirrhosis, the liver can no longer work at all, and the doctor may recommend a transplant.

Treatments for cirrhosis include:

If you or a loved one has symptoms or lifestyle factors that indicate possible cirrhosis, scheduling an appointment with the expert physicians at Gastroenterology Associates can start a course of action that treats some of the problems associated with cirrhosis.  Contact our office today at 225.927.1190 or click through the online appointment button below. 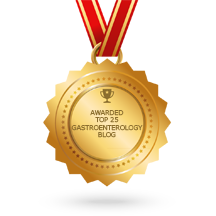